Modern Slavery is closer than you think 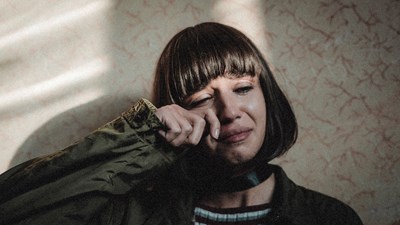 It’s estimated that there are around 13,000 victims of modern slavery in the UK. There could be many more and modern slavery is present in every single area of the UK, including Nottingham.

It’s a harmful and hidden crime and its victims may have become especially isolated and hidden from view during the pandemic.

What is modern slavery?

Modern slavery is the exploitation of other people for personal or commercial gain. Modern slavery is all around us, but often just out of sight. People can become entrapped making our clothes, serving our food, picking our crops, working in factories, or working in houses as cooks, cleaners or nannies.

From the outside, it can look like a normal job. But people are being controlled – they can face violence or threats, be forced into inescapable debt, or have had their passport taken away and are being threatened with deportation.

Many have fallen into this oppressive trap simply because they were trying to escape poverty or insecurity, improve their lives and support their families.

Modern slavery is made up of slavery, domestic servitude, forced labour, and human trafficking. It can also involve vulnerable victims having their homes taken over – known as cuckooing.

As well as the devastation to victims, this also impacts on landlords, like NCH – cuckooing, illegal sub-letting, criminals renting properties to rent them out again or for housing their victims.

And some forms of modern slavery may involve activities such as cannabis cultivation – which can cause significant property damage.

Anyone can become a victim of modern slavery.

Potential victims may be reluctant to come forward or may not even recognise themselves as victims.

This is a form of criminal exploitation where urban gangs persuade, coerce or force children and young people to store drugs and money and/or transport them to suburban areas, market towns and coastal towns.

It can happen in any part of the UK. It’s against the law and is a form of child abuse.

This short film produced by the Home Office includes information on how to spot potential victims, how they may be exploited.

Signs that somebody may be a victim of modern slavery may include somebody who:

What to do if you're concerned

You don’t need to be sure that modern slavery is taking place or fully understand the types and definitions to report your concerns.

If you are concerned about modern slavery you can call the modern slavery hotline on 0800 012 1700 or you can report online on their website by clicking here.

If you suspect a neighbour may be a victim of modern slavery, please also speak to your Housing Patch Manager.

If you feel somebody is at serious risk of harm, call the police immediately on 999.